Be Part of It

We are raising funds to rebuild the Palace

The new Palace will establish peace among the people …

…if everyone participates in building the new story.

NOTE:  this is not the final design, it is just one idea….

The entrance gate to the palace will say:

Door of Return….
To Home and Freedom

...in honor of our communities impacted by colonial rule and the slave trade,
and to welcome home the descendants of those taken into slavery from our region

WIACT’s overall theory of change is that sustainable development occurs when people build their future based on their historical and cultural traditions, and on what they have and know in the present. They feel ownership.  The Palace Re-Development Project is a big undertaking, actually, estimated to cost 4 million euros to complete the building and move the Paramount Chief to his new residence.

When CEO Rashid Iddrisu (Wari) was interviewed on a Bole radio station on March 1, 2020, the interviewer gasped with shock at the cost estimate [“4 million euros?  4 MILLION EUROS? 4.  Million. Euros?????!!!!!”] and that we would be soliciting the majority of funds from within Savannah region, its diaspora, and its friends across the world.  Of course we will also accept grants and allocations from governments and companies to help this project, because human development is actually in everyone’s interest.

But the ownership of this project is with Savannah region communities, and the people can invest in and build their future by pooling their many small contributions toward the goal.

The shock at the price tag and an initial disbelief that it could be done by poor and marginalized communities of northern Ghana... is simply a legacy of Ghana’s process of gaining freedom from colonial legacies and influences. The longstanding experiences of outsiders coming in and doing things for us builds an attitude over time of not being capable of doing things for ourselves.

But we are capable, very capable, and the longstanding traditions and legacies of our ancestral heritage show us how.  WIACT is simply re-activating these tribute traditions to help us all remember how we survived as African peoples before colonialism.

We can do this project:  it returns the home of our traditional governance to its historical place, and the people of Savannah region will support its functioning through a wide variety of ongoing revenue streams that this project will generate during its completion and into the future.

So STAY TUNED Savannah region!  We will demonstrate how we can raise funds from our own communities, our diaspora, and our friends as we make our new story. 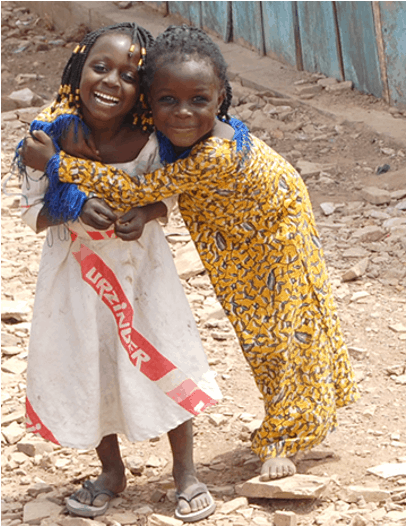 A financial contribution from each house in Savannah region is needed

because the palace represents the destiny of the next generation.

And we hope that the diaspora and others across the world…

You can be part of this project from wherever you are in the world.

from your house to our house, and then send us an email with a selfie of you standing at your front door

If you would like to see the traditional palace ruins, and visit the place where we will build the new palace, OR, if you would like to work on building it send us an email letting us know of your interest to: visitwiact@gmail.com

OR, if you just want updates on the Palace Re-Development project, send us an email through our "contact" page!